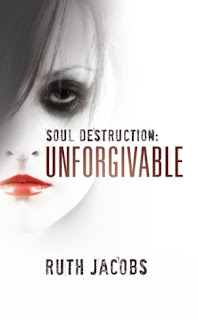 (FREE here MAY 26th to a.m. of 28th)
Ruth Jacobs writes a series of novels entitled Soul Destruction, which expose the dark world and the harsh reality of life as a call girl. Her debut novel, Soul Destruction: Unforgivable, was released on 29 April 2013 by Caffeine Nights. Ruth studied prostitution in the late 1990s, which sparked her interest in the subject. She draws on her research and the women she interviewed for inspiration. She also has firsthand experience of many of the topics she writes about such as posttraumatic stress disorder, rape, and drug and alcohol addiction. In addition to her fiction writing, Ruth is also involved in non-fiction for her charity and human rights campaigning work in the areas of anti-sexual exploitation and anti-human trafficking.


Enter the bleak existence of a call girl haunted by the atrocities of her childhood. In the spring of 1997, Shelley Hansard is a drug addict with a heroin habit and crack psychosis. Her desirability as a top London call girl is waning.


When her client dies in a suite at The Lanesborough Hotel, Shelley’s complex double-life is blasted deeper into chaos. In her psychotic state, the skills required to keep up her multiple personas are weakening. Amidst her few friends, and what remains of her broken family, she struggles to maintain her wall of lies.


During this tumultuous time, she is presented with an opportunity to take revenge on a client who raped her and her friends. But in her unbalanced state of mind, can she stop a serial rapist?


The Stranger, the Coke Can and the Futuristic Street Installation taken from Soul Destruction: Unforgivable by Ruth Jacobs.


Shelley found herself squatting on the dirty floor of a public toilet in Camden Town, trying to avoid the sparkling streams of urine under the dim light. Twenty minutes earlier, she’d plucked a young man from the street. He’d been sitting on the pavement by the Tube station, begging, appearing to be homeless. She had a knack for picking them – the junkies – and she was rarely wrong.


She entrusted him with one-hundred and twenty pounds to score sixty brown and sixty white. He both scored and brought back the drugs – the latter not being a given when strangers score for strangers, especially when buying heroin and crack. With that action, sadly, he proved more reliable and perhaps more deserving of her trust than the majority of people with whom she associated.


Although in her cigarette packet she still had the crack from The Lanesborough, she needed more. And she needed the heroin to come down, but before coming down, she wanted to get as high as she knew how. Speedballing. The superlative combination of heroin and crack. The transportation to Shangri-la.


None of her friends took heroin. The only two heroin dealers she knew – Jay and Ajay – weren’t answering their phones. That was why she had to follow her usual Plan B, which she imagined was no more jeopardous than working.


The stranger had suggested shooting up in the toilet on Inverness Street. She didn’t want to wait to walk back to her car so had accompanied him inside the futuristic street installation. Though the outside was modern, inside it was rank. One of the worst public conveniences Shelley had ever used for a hit. The stench of stale urine permeated every cell in the depths of her nasal cavities and from there, travelled down her throat like post-nasal drip. Even though she kept her mouth shut, she could taste it on her tongue. It was making her gag.


The spoon he cooked up in wasn’t a spoon at all. Neither of them had one, so he used the bottom of a coke can as a substitute. Shelley hoped the boiling would sterilise the metal. She would have preferred her own clean spoon, but it was in her glove box.


She wondered if that was everything he owned, bundled into the small rucksack on his back. She didn’t ask. She didn’t say anything. And neither did he. Why was she dressed for the office when she was shooting up in a public toilet? Not that it would have been difficult to conjure an alternative to what happened at The Lanesborough, but she wasn’t there for conversation. She was there to forget. In her own way. Not by the falsehoods Marianne tried to peddle.


She rolled up her sleeves to choose a vein. Her arms were clean. So far, she’d managed to evade the track marks, lumps, scabs, bruises and abscesses that would have been tantamount to commercial suicide. To charge upwards of two-hundred and fifty pounds an hour, her clients could never know she was an injector. So injecting had to be organised, alternating numerous veins in her arms, hands, legs and feet. If she was messy, she’d only be able to solicit clients on the street, and streetwalking came with far more risk and a far lower financial reward.


When the heroin had dissolved, she added a rock of crack. With the young man holding the can steady, she used the plunger end of her syringe to grind the white stone into the brown water. She hurried, craving to feel the warm safe-danger, her body pulsating, and her head pumping like it was pumping out every tormenting memory it stored. Soon, the relentless playback of those pictures and scenes would stop. She would have her reprieve. Her respite. And although earning the money to pay for it created new images, as abhorrent as they were, what she was originally escaping from was worse.


Shelley proffered her gold twenty-pack. He took a cigarette and, using his teeth, tore off a chunk of filter. He snatched it from his mouth with his thumb and index finger then dropped it into the concoction. Shelley noticed the scabs on his lips and the dirt under his fingernails. The filter wasn’t clean. She needed the hit.


“You first.” A gentleman, he held the can out in front of Shelley, letting her draw up her shot before him.


“Pass it here.” Shelley positioned her filled syringe between her teeth and reached for the can to reciprocate.


Once his barrel was full, she delicately placed the empty can on what seemed like a dry area of the floor, saving the filter for the next fix. If she was taking one hit from the dirty filter, what difference would a second make?


She wrapped one hand around her wrist. She squeezed. On cue, her pulse thumped and the map of blue veins rose from the back of her hand. She let go, swiped the syringe from her mouth, removed the orange cap with her teeth and inserted the needle into a sinking vein at the base of her hand. Pulling back on the plunger, blood swirled into her medicine. Inside, her rush was brewing. She pushed it all in. 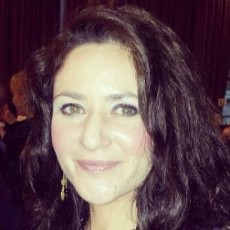