At last... LEE HUGHES is officially back!!!

A long overdue 'n' welcome return to a dark fictional world like no other.  Lee's work has left a void in the online writing community.  If you've missed his mind-altering stories as much as I, then enjoy his raw talent again here.


To announce his comeback, he's also treated us to another cracker on his blog here.
Posted by Unknown at 15:17 2 comments: 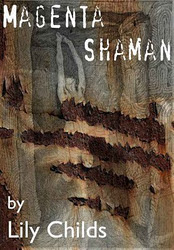 This eBook may not be seen as crime fiction per se, but it is dark cross genre fiction, which qualifies it for my review series.

Note: I don't do bad reviews, only those books I love and feel comfortable  recommending to others.

Lily's unique creation, Magenta Shaman, truly is something to behold.  The strange world she inhabits via shamanic trances (Magenta, not Lily), is portrayed in such a subtly clever drip-feed to the reader that it fits as snugly as a woolly winter jumper; albeit one that prickles the skin!

In this first foray, Magenta's loyal husband, Tom, is dismayed that Magenta (or 'Maggie' as he calls her) has been secretly doing her dangerous and mystical work 'on the other side'.  Magenta has been reporting to 'The Judge', a character who features heavily throughout, but there's much more to him than meets the eye (no spoilers here).  In stark contrast to the transcendent place where Magenta does her work, back in the real world the seaside resort of Brighton offers a strong sense of place.

When Tom's instincts to 'protect' Magenta rise to the surface, knowing her compulsion to continue her work is steadfast, there's only one way for him to do it... join her on the other side.  Much easier said than done.  If Tom manages this, then will his inexperience put him in danger?  Will the 'protector' need protecting?

As Magenta safeguards the innocent souls on this distant and perilous plane, she encounters the fearsome Billowat, with razor fangs, one bite from which will 'zombify' you forever.  Your naturally instinct would be to run and never return.  Not so Magenta.  How can she when her mission is to bring back the creature's tooth! But is she is being watched?  Are things really what they seem?  And to what lengths will her beloved Tom go to save her?  And vice versa. 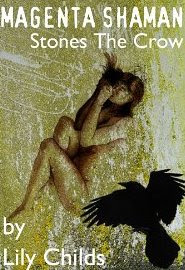 The writing flows as smooth as silk on a polished table, and the editing is top notch, as to be expected from a hawk-eyed editor.

Lily Childs reaches deep into the chasms of her mind and skilfully drags the reader into a new world in such a way that you're there beside Magenta with every perilous step she takes.  The ending gave me goose-bumps.  In short, the darkest, suspenseful love story I've ever read.  Buy it here.

And now Magenta's second outing is upon us... "Magenta Shaman Stones The Crow"... I've got my copy... what are you waiting for?
Posted by Unknown at 12:19 11 comments:

Col Bury's Crime Fiction Choice #19... with a difference! HARD BITE AND OTHER STORIES... 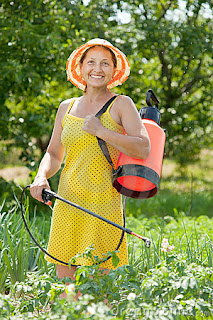 Let
HARD BITE and OTHER SHORT STORIES
do the dirty work for you. 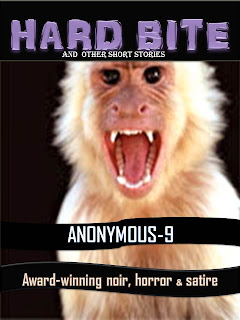 "I started seeing an amazing trend," says writer Anonymous-9. Friends and loved ones read my stories
and immediately left me alone. It never fails!"

Just look at a few of these powerfully repelling compelling titles:

NOW THIS AMAZING COLLECTION IS AVAILABLE TO YOU!
Just send a gift copy to the person of your choice.
Your phone will stop ringing.
Annoying invitations will cease.
The doorbell will NEVER buzz AGAIN.

A few reviews are now up on Amazon regarding my début e-book, MANCHESTER 6.  It's always an anxious time wondering how your creation will be received in the big, wide world, but I'm happy to say, 'so far so good'.  Thanks to those who have taken the time and trouble to write a review - it's really appreciated as all feedback helps you grow as an author.

If you missed it, I was honoured to have been invited by acclaimed author of APOSTLE RISING, Richard Godwin, for a warts 'n' all Chin Wag at the Slaughterhouse, where we chewed the fat about criminal pathology, amongst other things. And, for the first time, I opened up regarding my endeavours, via the traditional publishing route, with agent Nat Sobel, and our ongoing attempts to get my crime novel series on the bookshelves.

LIVERPOOL 5 author, Luca Veste has also had a chitchat with me over at his popular Guilty Conscience site.  One of the topics discussed was the forthcoming charity e-book involving thirty-seven writers, OFF THE RECORD.  I'm chuffed to bits that my new story RESPECT will be included, inspired by Aretha Franklin's classic song.

Lastly, for now, after well over one hundred entries for this year Radgepacket - Tales from the Inner Cities Volume 6 (Byker Books), I'm ecstatic to announce that I made the cut! :-) Plus, there's a whole bunch of British writers in Paul D. Brazill's  forthcoming anthology, BRIT GRIT TOO.

Congrats to all my fellow writers who made it into the anthologies, and commiserations to those who didn't.


That enough links for you? Okay then... back to the novel...