New Kid on the Blog, plus eBook News...

Graham's one of many writers who've taken the plunge into the eBook world.

I'm pleased to announce that my own eBook, MANCHESTER 6, will be back (in style!) and on the virtual shelves soon. It will be followed by a further crime collection in 'The Manchester Series'.

Here's a selection of some cool eBooks that have recently been released, or are out soon... 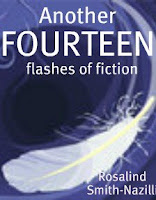 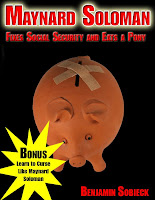 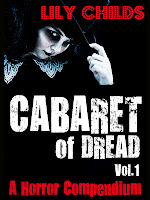 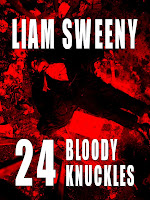 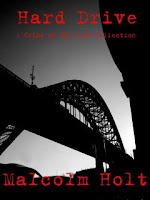 Last October I temporarily broke from the novel writing and ventured into the mystical (to me) world of e-publishing with the help of Trestle Press.  Pretty soon into this exciting phase of my writing journey, warning bells began to tinkle... but, alas, not loud enough it seems.

I won't ramble on, as I'll later point you in the direction of a fellow writer who has done the most balanced and pertinent post to date on this subject... and believe me, there are a lot of people talking about this!

The upshot is that Trestle Press are being heavily criticised for allegedly using ebook cover artworks without permission. I've never been one for bad-mouthing folk, so I'll bite my lip, hard, and leave it at that.

However, I am extremely proud of the reputation I've worked hard to build, both as a writer and ezine editor, so I've emailed Trestle's Giovanni Gelati and asked him to withdraw 'Manchester 6' from sale.  I also asked Gio for sales details and payment.  For the record, I actually supplied the photo used for my cover.  Unfortunately, some highly respected writers have been sucked into this controversy.

Personally, it's a bummer, as my ebook seemed to be consistently selling, which is one good thing, I suppose.  Other authors, I know and respect, had more than one ebook with Trestle, so I'm genuinely gutted for them.  They've since jumped ship.  I just hope the stormy seas calm down soon...

The whole episode (which is fast becoming a 'series') has left a very sour taste.  It's a steep learning curve and no doubt we'll reassess matters, then endeavour to have our ebooks back on the market.  I have every faith that our strongly knit online writing community will support the innocent authors involved.

I'd be interested to hear what you think of this 'mess', so please do feel free to comment below.

Anyway, that excellent post I mentioned is from Luca Veste, and is much more articulate and comprehensive than mine.  Read it here.