It's that time of year again. It's great to see so many of my writer friends nominated for awards this year.


Personally, I'm ecstatic that my adult zombie short, Supper Time, has been nominated in the 'Best Short Horror Story' category. It's in good company along with the likes of...
...the popular Drunk On The Moon by Paul D Brazill... Getting High On Daisy by the inimitable Richard Godwin... The Endless Game by Anthony Cowin... It's A Curse by K A Laity... The Devil's Music, Raised In Hell by Julia Madeleine... and Still Alive by Erin Cole... the list goes on...


You can vote for your favourite horror short here...
http://critters.org/predpoll/shortstoryh.shtml


Some selfless, hard-working ezine editors have been nominated...
... notably and unsurprisingly, my long time mate, David Barber for resurrecting The Flash Fiction Offensive so adeptly... and my co-editor over at Thrillers, Killers 'n' Chillers, Lily Childs, who has invigorated TKnC with her class. Top notch U.S. editor, David Cranmer is also one of my faves, for the sterling work he does over at Beat To A Pulp.


If you have a minute, vote here...
http://critters.org/predpoll/zineeditor.shtml


It's also good to see that The Flash Fiction Offensive and Thrillers, Killers 'n' Chillers are in the race for 'Best Fiction Magazine' too!

Plus, David Barber's short, Best Mates and Lovers, earned a deserved nomination in the 'All Other Short Stories' section along with some crackers from Darren Sant, Graham Smith, Luca Veste, Ben Sobieck and Pete Sortwell, to name a few.


Ps. Sorry if I missed you - nominations increase hourly.

A heartfelt thanks for all your support to date.
I hope Christmas 'n' New Year fulfils all your dreams! 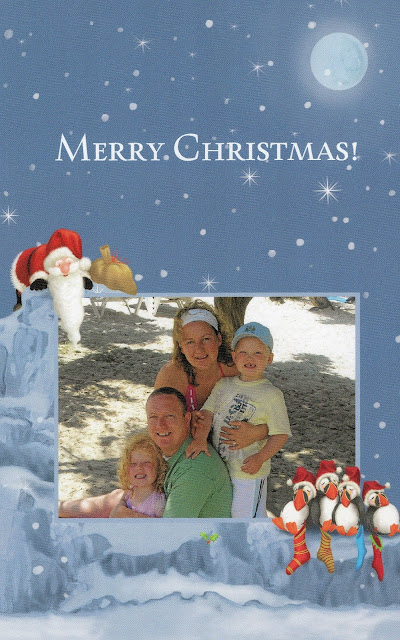 Yep, we had a 'mini-crimefest' up at Crimesquad reviewer-cum-writer, Graham Smith's stunning converted mill, (The Mill Forge) where many a Brit has kept with tradition to 'elope'.  None of us got hitched, but Dave Barber and I frolicked at the 'Kissing Gate'! (Don't tell the wives).

On Friday we settled in and, along with Graham 'n' Dave, we chewed the fat about crime writing, editing, webzines, eBooks, our 'novels', plus 'man-talk' into the wee hours.  So, as is tradition, we all got shit-faced! :-)

On Saturday, after a splendid day Christmas shopping up the road at Gretna Gateway, we met up with thriller author Matt Hilton, his lovely wife, Denise and crime novelist Sheila Quigley.  In the bar on Saturday night, the stories and banter flowed smoother than the ale, and talk about laugh - I nearly bought a round. :-)

It was truly great to hook up with genuine, like-minded people who I'm proud to call my friends.  A top weekend was had by all, so thanks to our host, Graham and his wonderful staff at The Mill Forge, for their hospitality. I feel an annual event in the offing.

Enough rambling, I'll let the pics speak for themselves... 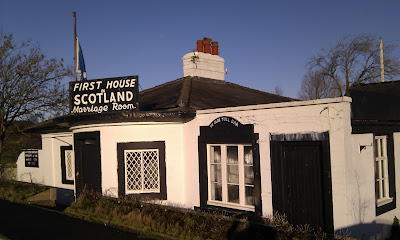 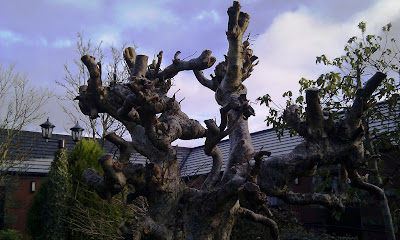 It was brill... I think you got the picture!

Firstly, allow me to welcome a writer I've admired for a good while now...

Nigel Bird's Crime Fiction Choice is The Baby In The Icebox by James M. Cain. 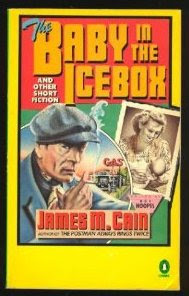 The Baby In The Icebox.  What a title.  It’s like an irresistible newspaper headline.  Imagine seeing it in the rack if you were, say, stopping off at the services to fill your car with fuel; I’d wager you’d buy yourself a copy or take a sneaky look at the very least.

It’s also the way this story opens, our man about to tell us the real story.  The one behind the newspaper articles.

Cain’s roots were in journalism, so maybe that should be no surprise at either of these things.

For lovers of James M, the setting here is likely to be familiar, though this story comes just before ‘Postman’, first published as it was in 1933.

We’re just off a highway at a stop-off.  There’s a diner and a gas station.  A couple run it and a there’s our odd-job man who both observes what happens and is also right in the middle of things.

Where we stray from  ‘Postman’ is that Duke, owner of the place, has the idea of getting hold of some wildcats to draw in custom.  The introduction of the characters to the wildcats tells us pretty much all we need to know about them, though we’ll know far more before things close.

It’s not long before the menagerie has expanded to include mountain lions and a tiger.  Not that it’s helping the business.

Duke sees himself as some kind of Tarzan, a fearless man able to command ferocious animals with his eyes.  Thing is, he’s the only pussy-cat in the place and needs a gun on his back before he’ll go in with his pets.

His wife, Lura, on the other hand, is able to control them with her presence.  Cain describes Lura as a tigress, the way her eyes are the same as the cat’s and the way she scratches and wondering paws in the diner with a slash of her nails.  The comparison is wonderfully drawn.  Lura is powerful, sexy and has something of the wanderlust of the feline.  She also has a heart.

It’s about the time that Duke takes to his own wanderings in search of cats that Wild Bill Smith The Texas Tornado shows up.  He’s a fake snake-doctor, but he’s not a bad guy.

One thing leads to another.  Me, I’d have willingly swapped places with Bill, any day of the week.  So would our narrator, if given half a chance.

The baby of the title comes along as a result of these encounters and where the icebox fits in, you’ll just have to read it and find out for yourself.  All I’ll say is that Duke isn’t too happy when he discovers the baby isn’t his and decides to use Rajah the tiger as the ultimate murder weapon.

So, what have we got in the story that makes it essential reading?

First of all, we have the title. Mind-blowing.

Next we have voice.  Cain slips into character like an actor.  He’s similar to later creations, but unique enough.  The narrator is sharp.  A bright guy.  Knows the ropes and probably his alphabet too.  There’s something of the street and the country about his language, but it’s only a little rough around the edges.

Our setting is vivid.  The isolation creates and intensity when required and makes the unusual lives  and goings on highly plausible.  The characters are as much part of the fabric as the house and the cages and their interactions describe place brilliantly.  Everything’s vivid even when not fully fleshed out.  For me, it’s visual and at the same time gives all my senses a work out along the way.

And the people, they’re as real as I am, so much so that it’s like an actual event he’s describing.

There are many ‘how to write’ books out there.  If you check out ‘The Baby In The Icebox and other short fiction’, you might just save yourself a few bob on those.

You might also find yourself wanting to write something just as great; that I’m afraid is something most of us can pretty much forget.

Buy The Baby In The Icebox here.

Find out more about talented author, Nigel Bird at his popular blog, Sea Minor.
Posted by Unknown at 21:42 3 comments: 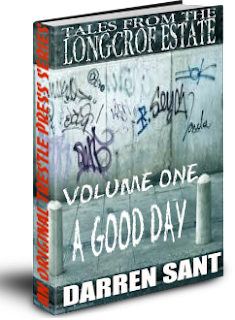 This short eBook opens with a pigeon scavenging for food, quickly setting the scene on the Longcroft Estate in an original way which made me smile knowingly.  Not that I scavenge for old kebabs, but with the credit crunch kicking in who knows, eh? The upshot, I knew where I was from the outset - in a harshly real place.

The story is told from the viewpoint of a selfish heroin addict, and I have to say that Sant's portrayal was as authentic as I've ever read.  I was particularly struck by the warped views of the addict and how he saw the decent folk in society as scum, and with the same contempt they rightly had for him.  Clever that.

When our druggie gets new neighbours, this gritty story takes a dramatic twist, which questions the morality of the man drowning in a sea of drugs.  The intrigue in this tale drags you along, and it ends with a second, bonus gut-punch, which again made me smile at the author's prowess.  Thoroughly enjoyable read, and a reminder of what goes on as we all innocently go about our daily routines.

My only negative would be that I wanted more, which is obviously a positive too.  So, I'll be buying more of Sant's work for sure.  Starting now with volume two, COMMUNITY SPIRIT.

Check out Darren Sant at Amazon, or at his blog.
Posted by Unknown at 09:09 4 comments: