TK'n'C has had an overdue makeover! It's BIGGER... it's BETTER...
Well, what are you waiting for? Get your butt over there!
And please remember, comments are actively encouraged...
Posted by Unknown at 01:50 9 comments:

As usual, I've been browsing friends' blogs, stories, etc. However, I can't seem to comment any more. I'm not being ignorant, but WTF is going on? It seems to have corresponded with this new 'spam filter' introduced by blogger, and me changing the blog design to wide. Their online help is crap. It's doing me head in!
Any ideas, folks? Or can you not comment either?

Ps. My NTL WORLD email is also playing up, so please use my gmail or hotmail.
Posted by Unknown at 18:49 11 comments:

So, how does it look? Any techies, or expert bloggers, among you? If so, how the hell do I widen my pic of Manchester and add background pics? I'm also struggling to change the font size on my blog intro' under the title.
Feedback and tips appreciated.
Cheers,
Col
Posted by Unknown at 19:17 13 comments:

It's great to be a small part of an ingenious Internet experiment from a talented writer, Pablo D'Stair...

this letter to Norman Court is a novella consisting of 22 sections (each around 1250 words) I am releasing by way of the following experiment: I am trying to serialize the piece across blogs, by reader request. If you read and enjoy the section below and have a blog the readers of which you think would enjoy a selection, as well, please get in touch with me to be an upcoming host. A little hub site is set up at www.normancourt.wordpress.com that has a listing of the blogs that have featured or will feature sections—please give it a look, get yourself all caught up if the below piques your interest.

It is my simple hope to use this as a casual, unobtrusive way to release this material to parties interested. As of now the 22 slots have all been requested (cheers to everyone for that) but if you enjoy what you read please do get in touch with me via unburiedcomments@gmail.com. I welcome any and all comments on the piece (positive, negative, or ambivalent) or general correspondence about matters literary.


Pablo D’Stair is a writer of novels, shorts stories, and essays. Founder of Brown Paper Publishing (which is closing its doors in 2012) and co-founder of KUBOA (an independent press launching July 2011) he also conducts the book-length dialogue series Predicate. His four existential noir novellas (Kaspar Traulhaine, approximate; i poisoned you; twelve ELEVEN thirteen; man standing behind) will be re-issued through KUBOA as individual novella and in the collection they say the owl was a baker’s daughter: four existential noirs.
Posted by Unknown at 23:23 7 comments:

A mysterious new website opens... plus, a stranger makes a welcome return...?

That mysterious, masquerading man, Vallon Jackson, has opened his vault to all comers (no innuendo intended). There are some cracking stories over there, including three 'laugh out loud' humorous crime shorts, under the 'weird' tab on the site. The 'Pie Saga' will lift yer spirits too. Unravel the mystery of Vallon here.

Also... I hear whisperings... feint rumblings in the distance... murmurings within the blogosphere... that one of our sorely missed friends could be making a most welcome return...

But, SHH! We don't want to scare him off before his inimitable 'wordsmithery' scares us shitless!

In other news: crime writer, and all-round good guy, Sean Patrick Reardon has been interviewed by author/literary agent/editor, Allan Guthrie here.
Posted by Unknown at 16:25 3 comments:

Check out this awesome book trailer... plus news...

Crime thriller author of the Joe Hunter series, Matt Hilton, has recently been teasing us all with snippets of the mysterious, 'Third Act Montage'. Well, it was certainly worth the wait - it's like a mini action film. Check it out here. You can also have a nosey at the snazzy new Joe Hunter site here. 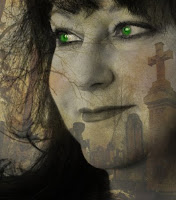