CHEWING THE FAT with... Graham Smith...

Well, I've been busy putting the finishing touches to rewrite three of crime novel attempt two for my agent, so forgive my silence.  It's surely time that I 'chewed the fat', and who better than Crimesquad reviewer-cum-author, Graham Smith? 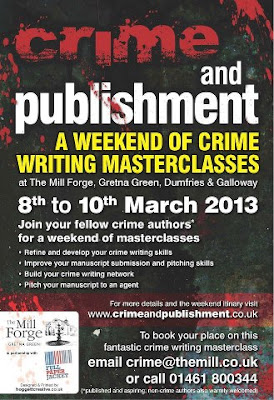 You have a crime weekend for aspiring writers at your snazzy hotel in March. Tell us about it and why writers will benefit?

Crime and Publishment is a weekend of crime writing master-classes taken by authors and industry professionals. First off you have Matt Hilton teaching attendees how to inject pace and action into their stories. Sheila Quigley will then lecture on characterisation. The next day Allan Guthrie will talk about editing in a session titled “How to kill your babies DEAD!” Inga McVicar will then teach the attendees how to pitch their novel to an agent. All attendees will be given the chance to pitch their novel directly to Allan Guthrie who is an agent for JennyBrown Associates and a co-owner of digital publisher Blasted Heath.

Crime and Publishment runs from the 8th-10th of March 2013 and more information can be found at www.crimeandpublishment.co.uk 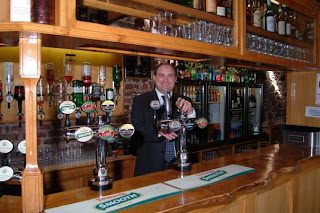 When I started to put the event together with co-organiser Inga McVicar, I was determined to put together the kind of course I’d like to attend at a price I could afford. With a total cost of £260 for all five sessions and two nights accommodation at my hotel, I feel that the course is not just informative but also affordable.

Sounds well worth the investment. But what if funds are a tad tight? Could someone just pop in and stay for one day or night?

Absolutely. Attendees may come for any single day, except day three, and don't necessarily have to stay both nights, or even stay at all. One or two local delegates have booked without accommodation. I could even be tempted to offer a discount for a group booking of five or more. 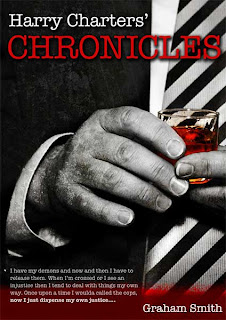 Harry Charters... I enjoyed his Chronicles very much. He's a no nonsense PI, and you seem to have nailed the 'Chandleresque' turns of phrases. Being set in the 50's, and in the US, tell us how the character came about and how much research was necessary...

Thank you for the kind comments.

Harry Charters first appeared when Kate Pilarcik asked me to submit a noir piece to her blog site. I wrote about this nameless, faceless character who was the traditional private eye. When I write him he’s narrated in my head by Humphrey Bogart. Kate urged me to give him a name, so I named him after my maternal grandfather Harold Charters and shortened Harold to Harry. One or two of Granddad’s traits have crept into Harry and in Dealt a Better Hand I put my Granddad back in the ring one last time. I just wish he was alive to have read the story as he’d have loved that.

I totally cheated with my research as I made up the city of Mariscoper that Harry inhabits. You can’t get it wrong if it’s fictional!

The research I did do was on 50’s fashions, beer brands and so on. I also got drunk on Jack Daniels for a wee spot of method writing.

It would've been rude not to! Nice touch re' your Granddad too. I think there could be some mileage for Harry in a longer piece: a novella, or even a novel. What are your plans for him?

I plan to return to Harry Charters as I feel there is still a lot of mileage in him, and lots of people have commented that they’d like to know about the case which made him the mean son of a bitch that he is. All I need to do is find the case to set the novella or novel against and then I’ll write it.

Most people in the industry knew you as a Crimesquad reviewer. Elaborate on the transformation to author in your own right, and how it came about...

I’ve always been a massive fan of crime fiction and action thrillers. Being a reviewer for Crimesquad.com has furnished me with so many great books that I’ve been spoiled for choice. I turned to writing as I felt I had a story inside me trying to come out. I half-heartedly bashed away at it until Col Bury (that's you!) gave me the kick up the backside I needed, and I am currently half way through a rewrite of my debut novel. 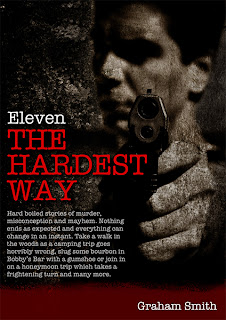 Yeah, I do that to myself a lot, bud! Give us a quick run down on your other eBooks. 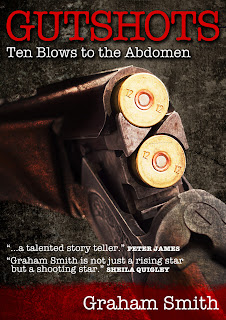 Congrats on that. Personally, I've published my own short story collection via Ganglion Press (with another to follow soon), but that was just for exposure purposes while I write the novel(s). I still have faith in the traditional approach regarding longer works. Do you?

I absolutely have faith in traditional publishing, and the novel I am currently writing will be sent to agents in the hope of getting a print deal. I love the convenience of eBooks for both authors and readers, but prefer reading a physical book. I enjoy the feel, smell and ownership of "real" books and nothing will ever change that.

I would love to have something published traditionally and doing so is definitely high up on my bucket list.

One last question: how the fook does a man of Scottish heritage end up supporting ManU(re)? I mean, you're not even a Cockney! ;-)

I'm a football supporter first and a club supporter second. I love to see a good game and United play more than most over an extended period.

Over the last few years they have seen off Blackburn, Leeds, Liverpool, Arsenal, Chelsea as title challengers. City are a work in progress, which sadly for you may change before the season is complete.

I'd watch Carlisle play Brighton if they played a decent game.

So would I, mate. We’ll see, but I think you’re right for this season, unfortunately.

Thanks for Chewing the Fat, Graham, and I hope the Crime & Publishment event goes so well that it becomes an annual event.

To find out more about Graham and his writing check out his blog here.

For more details regarding 'Crime & Publishment', and the credentials of the industry experts involved, go here.